What do Mel Gibson, blue paint, and woad have in common? Read on!

Who could forget Mel’s gorgeous blue eyes in Braveheart?

Or the battle scenes with the warriors and their blue-painted faces? Historically, that blue paint would have come from woad, a plant used for 2000 years to make a highly coveted blue dye.

My recent historical, The Fury of Dragons, features a woadmaker named Gethin. It was fascinating to research the history of woad. The process is a complicated and laborious one to turn the green, strap-like woad leaves into the actual dye.

Because of the odors produced in its manufacture, woad makers were forced to live far from towns and villages. 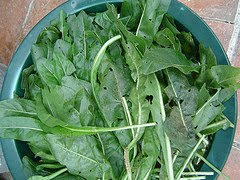 You see, the rank odor of cat urine and rotten cabbage mixed with feces made people nauseous. So nauseating, in fact, that Queen Elizabeth I issued a proclamation in 1585 that forbade the production of woad within four miles of a market town and five miles from any of the Queen’s residences!

Woad dye produced a gorgeous blue color. Quite a contrast to the drab and washed-out reds, browns, greens, and yellows usually worn. Only the wealthy could afford garments dyed with woad. 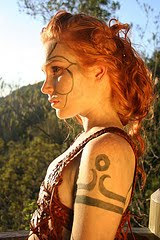 The Picts and Celts also used woad to paint their faces for battle.

You can bet the makeup people on the set of Braveheart took pains to get an exact match to go with Mel Gibson’s blue eyes.

It’s also possible that men and women used woad to tattoo themselves. The research is inconclusive. I also have a Pict character, Nectu, in The Fury of Dragons, and I chose to write that his tattoos were permanent.

The Picts used animals and fish in interlaced designs for their tattoos.

The tattoos may have looked something like those on the young woman above. The beginning of the end for woad making and other natural dyes began in 1856, when an enterprising chemistry student named William Henry Perkin accidentally discovered aniline dyes.

In the last few years, there has been a resurgence in woad and natural dyes and you can find lots of interesting articles about making woad today.

And that is what Mel Gibson, blue paint, and woad have in common!