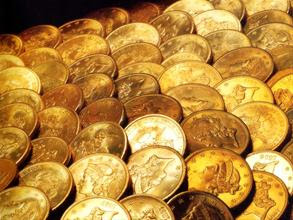 Along with all the time I actually spend writing my 3rd novel, historical fiction set in Ireland and Boston in 1848, an equal amount of time is spent doing historical research. My first 2 books were set in the 5th century. At first it seemed as if that time period would be difficult because there are very few writings available from that time period for Ireland and Roman Britain.

But I am finding out that writing about the 19th century is even harder. Why? Because there is so much more to know about the 19th century. I am researching fashions using Godey’s Ladies Book from 1848. I have to look at Boston in 1848, research what people were eating for dinner then. One difficult area has been trying to find out what kind of banking practices were in operation in 1848 as far as a female immigrant was concerned. What did they use for identification? Etc.

Here is an example of the research I have done this past week just to be able to write a couple lines with accuracy.

The main character in the 3rd novel is Bernadine Devane. I call her Deanie. And the working title of the book is Deanie’s Tale. In the beginning of the book she is leaving Ireland. The Great Potato Famine is taking place and Ireland is being decimated by hunger and disease.

She is sailing on the Royal Mail ship, the RMS Cambria, an early Cunard steamship. (THAT was days and weeks of research – learning about the Cunard company.) Her father has left her some gold coins, hidden in the bottom of her portmanteau.

So I have to find out what kind of gold coins she would be carrying. I discover that Ireland didn’t have its own money then, so it would have to be British. I learn that it would probably have to be a British sovereign, worth about one pound Sterling. So now I research photos of British sovereigns from that time period. I learn that gold sovereigns didn’t last in circulation too long because gold is soft and the figures on the coin would wear away quickly.

Then I must figure out how many gold coins she could logically carry. At first I wanted her to have 800 sovereigns, but then I discovered that 800 sovereigns would weigh about 14 pounds, way too heavy for a girl to be carrying along with all the other stuff she would have in the bag.

I look at gold sovereigns online from the time period of 1847 and 1848. I learn that Queen Victoria’s profile would be on sovereigns produced from 1838 to 1874. These sovereigns used the “Young Head” portrait of Victoria on the obverse (!) and a shield design on the reverse.

OK. Now I can write the scene where Deanie unwraps the coins. Whew!
I sure am learning a lot! I am continually ordering books from Amazon and my library is filling up.

Next I’ll tell you about the research I did on the Colt revolver.