Menu
Some general advice about blogging is not to blog if you don’t have anything to say. Today I have something to say.

When I started this blog in 2009 I wanted to write about history and archaeology and my thoughts on the Christian life. The last couple blog posts I wrote felt uninspired. 2010 has been a rough and tough year for my husband and I.

I was praying yesterday morning, giving everything over to the Lord – a job for my husband, a job for my son, strength for my daughter. Trying to concentrate on all the blessings the Lord has given me and remembering His sovereignty, in which I take great comfort.

At the very end I gave to the Lord (for the thousandth time) my writing “career”, the two manuscripts I have written, the difficulty of finding an agent and a publisher.

A few months ago in October, I had an email from a friend. She told me that she had asked a friend of hers who is an acquisitions author at a Christian publisher, to take a look at the two excerpts from my manuscripts that are published on my website. This woman did take a look and emailed my friend that she was going to ask me to send the full manuscript for one of the books.

When I read this, my heart leapt within me. Talking with the Lord yesterday, I was telling Him how hard it was in those weeks afterward. My expectation was so high. Being a nurse, I saw it like an EKG strip or a stock market graph – a surge of energy, a “spike” of expectation. I was so excited! Maybe this was it! I checked my email a million times in the days that followed.

But gradually, as the request for the manuscript never materialized, that expectation fell back to the baseline of difficult waiting and trying to continue to believe that at some point, my stories will be published. I fought the discouragement, and yesterday morning I once again laid all my disappointment at the Lord’s feet. 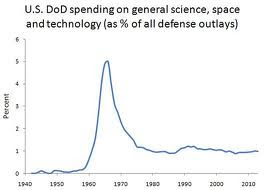 Then, when I wasn’t expecting anything, the Lord dropped a thought and a picture into my head. Joseph, in prison. Just after he interpreted the dream for the chief baker and the chief butler to Pharaoh. Joseph asked the butler to remember him to Pharaoh.

Joseph waited in high hope for Pharaoh to remember him. Surely he had just such a spike of expectation. And then, nothing happened. He waited. And waited some more.

Then, in Genesis 41:1, it states “…then it came to pass, at the end of two full years, Pharaoh had a dream…” No one could interpret it for Pharaoh. And only then did the chief butler remember Joseph, who was then called, interpreted the dream, and was restored to a place of high responsibility  by Pharaoh.

Do I think it will be two years? No. I’ve known the Lord long enough not to take the word He gave me that literally. The important thing is that He spoke to me and encouraged me. And it will happen. I just don’t know when. And that’s OK. My job is to continue to listen, to write, to pray, and be expectant.

So that’s what I’m going to do.