Amputations were performed as early as 950 BC in Egypt, where a wooden prosthetic toe was found in the mummified remains of an ancient king in Egypt. 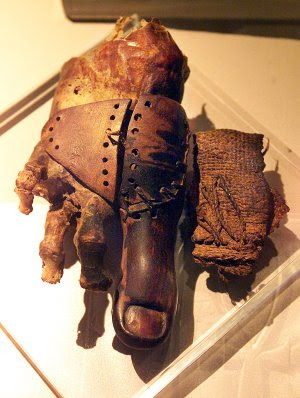 Known as the “Cairo toe”, it showed great attention to detail in the carving of the toenail and the stain to match the wearer’s skin tone.

In the 4th Century Hippocrates described the amputation procedure in his medical text on on “Joints.”

But was the American Civil War that brought about the real prosthetics industry in the USA, due to an estimated 70,000 amputations performed. About 70% of injuries suffered by the soldiers involved a limb. “Minie” balls almost always shattered the bone it hit. Amputation was the only  way to save the soldier’s life in the days before modern sterile surgery and antibiotics.

One of the earliest documented amputees of the war was James Edward Hanger, an eighteen yr. old Confederate soldier who lost his leg above the knee after being hit by a cannonball. After the war, Hanger went on to form J.E. Hanger & Company, and one of his earliest patents, US Patent No. 111741, was titled “Artificial Leg.” 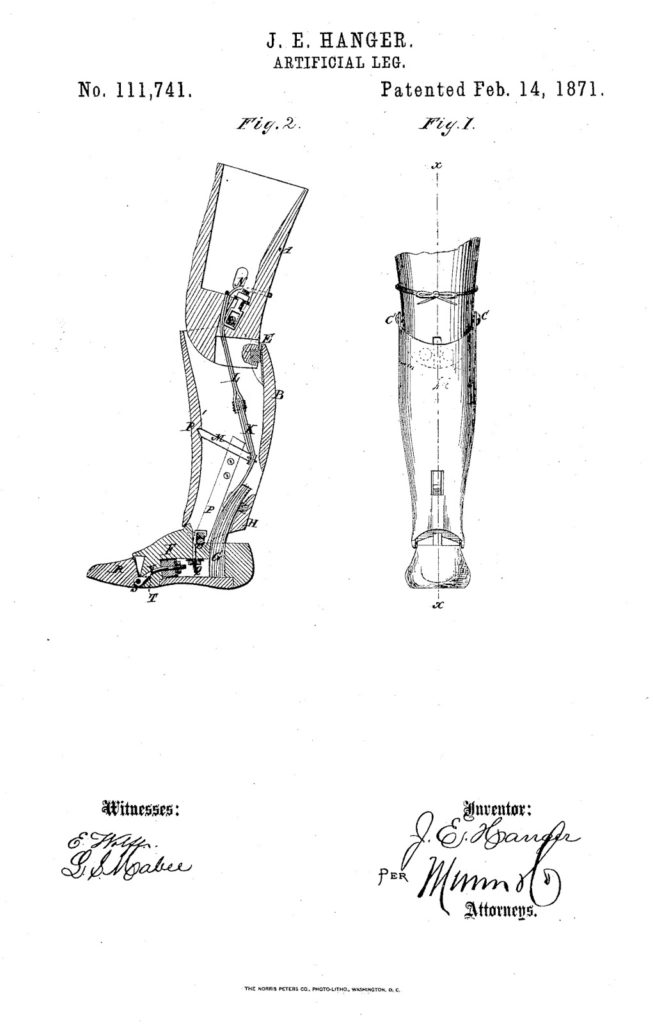 The J.E. Hanger company went on to become a leader in the prosthetics industry and today is a billion dollar company. 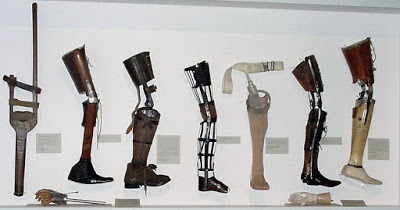 Here is a photo showing the evolution of the prosthetic limb. Today there is burgeoning industry in bionic and robotic prosthetics, as shown in the photo below, especially for our military men and women. 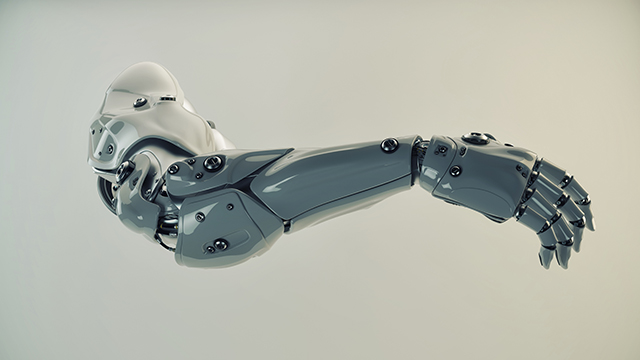 Wouldn’t Mr. Hanger be amazed to see the end result of what he started? He turned what, for some men, would have been a reason to pass the remainder of his life in despair. Instead, he revolutionized the prosthetics world. Thank you, James Edward Hanger.