“The lights on Main Street are going out one by one. I’m the last man left.”

Those terrible final words from WKBW’s radio transmission of The War of the Worlds have stuck with me since I was sixteen.

The day the Martians landed on Grand Island.

I sat in the kitchen at 159 Findlay Avenue that Halloween night in 1968 and listened to the broadcast with my dad. All the Trick or Treaters had come and gone. The familiar voice of Danny Nevereth announced that WKBW radio was about to present War of the Worlds by HG Wells.

Almost immediately, a news bulletin interrupted the music. A meteor had crashed onto Grand Island! Reporters race to cover it, only to discover that the meteor is actually a space capsule.

Broadcaster Jim Fagen is on the scene and breathlessly reports as a crack appears on one side, then widens and opens.

“Cables coming out of the crack on one side. Eyes! Something’s crawling out! The body glistens, the eyes are black, it’s dripping saliva. I’ve gotta get out of here!”

Niagara AFB is on alert and scrambles jets. The jets fire rockets at the creature to no avail. 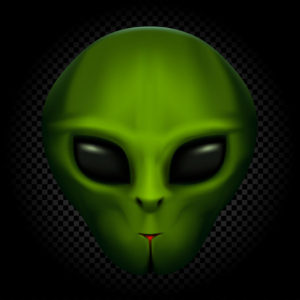 Now Don Lancer is reporting live. The alien retreats to the space capsule and the next thing you know, a silver bowl with long thin legs emerges. Using a hot death ray it starts killing people, burning them alive. Bodies are strewn everywhere.

I know I gasped at the fear in those words. Now it’s reported that gaseous explosions occurring on Mars are associated with the landings. And Ottawa, Toronto, Erie, the Finger Lakes area, and Dunkirk report more space capsules landing.

The Army’s on the way. The National Guard has established a command post.

Emergency evacuations are taking place in Jamestown, Lewiston, and Lockport.

It seems so odd to hear the reports of all these familiar places. But the Martian fighting machines are relentless. A thousand men are destroyed with the death ray. It aims its beam at a jet and slices it in half.

Now John Irving reports. “Mines are being set on the Grand Island Bridge. My God, they’ve blown the bridge!”

Because my dad worked as a research chemist for Hooker Chemical on Grand Island, the scenario felt vividly real. The Quinn family had crossed that Grand Island Bridge often. Sometimes to go to Fantasy Island or Beaver Island State Park on a hot summer day. On the road to Niagara Falls. Other times for a “Sunday” drive through the Hooker plant.  We had a name for a certain part of that drive. We called it going down “Stinky Lane” because of all the smells emitted from the various smokestacks, pipes, and plants.

Now Martians are on the Grand Island Bridge!

The other span is blown. People were on that bridge! Now the fighting machines ford the Niagara river. They emit a smoke screen, which turns out to be a deadly gas.

We listened in silence as the broadcast went on, becoming increasingly more gruesome.

Irv Weinstein is on top of City Hall at the Communications Center. The latest word is East Aurora has been abandoned and is now occupied by Martians. Irv is the last man at the station. He asks that someone call his wife to tell her that he’s OK.

Only he’s not. A weird high-pitched ringing is approaching.

Dread builds. We know what it means before Irv does. Now the Martian machine is just six blocks away, at Delaware Park. Another familiar and well-loved place. The machine is moving fast. Fifty feet high, huge steel body with long legs, looking down on Niagara Square. It emits the poisonous gas.

Irv: “It’s heading my way—” His voice cuts off.

So horribly creepy. My father and I exchange a grim glance while he lights another cigarette.

The last person in the station at WKBW is Jeff Kaye. He leaves the building, not knowing what to do, where to go. People run around madly, trying to escape. It feels like the end of the world. The explosions and the ominous ringing noise are getting closer. The air is smoky and thick. The panic and despair in Jeff’s shaky voice makes me shiver.

“The lights are going out on Main St. one by one…”

The broadcast ends. Even though Danny Nevereth broke in from time to time to say that this a dramatized version of HG Well’s play it sounded so REAL.

The day the Martians landed.

When the original broadcast aired in 1938, people panicked. They called police stations, believing it to be true. The same thing happened in the Buffalo area.

In 2018 there was a celebration of WKBW’s War of the Worlds broadcast for its 50 year anniversary.  Now I want to see the documentary and relive the day the Martians landed on Grand Island!

I’d love to hear your memories of that famous night.

If you’d like to know more about the prolific HG Wells, go here.