There’s something I like to do whenever I’m at a professional sports game, or even when I’m watching a game on TV. But it’s especially great when I’m at a real game, in the middle of tens of thousands of people. 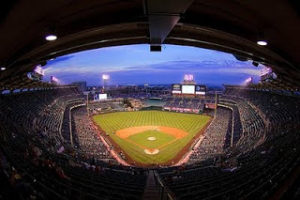 Before the game starts there is a festive air. A buzz of anticipation flows through the crowd. Excitement is palpable. People are smiling and happy, united in affection for their favorite team.

The announcer comes onto the microphone and the level of anticipation shoots up. The teams are about to enter the stadium. He works the crowd, extolling the team’s greatness and victories. 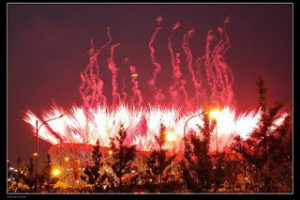 Your team bursts onto the field and the crowd goes wild. The applause multiplies, there is yelling, chanting, horns blowing.
Then the fireworks explode into the sky above. The crowd gives a collective sigh at their beauty and the cheering and shouting escalate. It goes on and on for a good while.
Here is what I like to do when I’m in that scenario.
I like to pretend that this is the Marriage Supper of the Lamb.
I imagine that I’m standing with all the believers and we are waiting for the Bridegroom to arrive.
The anticipation is phenomenal.
Then the roar goes up and you know He has appeared in the auditorium. Your heart pounds and the crowd goes wild.
For Him!
Try it the next time you find yourself in a stadium surrounded by thousands of people. One day it will be real.
Previous Post
The Latin Man and other Friends
Next Post
Ancient Jewels