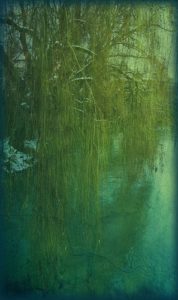 Another staple of ancient medicine was the water-loving willow tree. The use of willow bark dates back to Hippocrates in 400 BC.

In ancient Greece, the priests of Aesclepius would place willow branches in the beds of infertile women.

The ancient Celts would simmer willow bark, then let it steep and drink the resulting tea. They also believed that the spirit of the dead person would rise up through a willow sapling planted over a grave and retain the essence of the departed one.

In the cold, damp areas of Britain, Scotland, Wales, and Ireland, the magical willow-bark tea must have been a precious commodity for people who suffered from rheumatism and arthritis!